Why are we still oppressed? 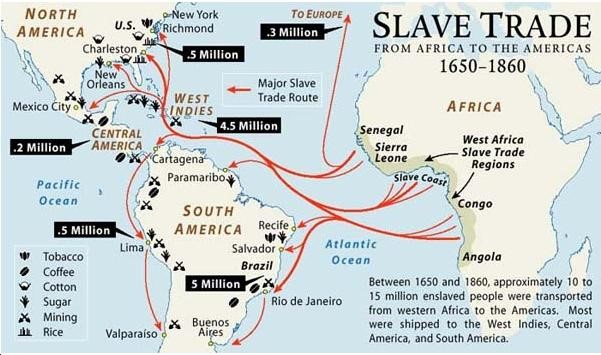 “The only thing necessary for the triumph of evil is for good men to do nothing.” Edmund Burke

I sat for many days contemplating what to say in regards to the events that have happened recently. What kept coming to mind was the word oppression and to better understand oppression, we need to define the word. The Webster dictionary describes oppression as an “unjust or cruel exercise of authority or power.” Oppression of blacks did not just start from the day Africans were traded, bartered and sold to the Europeans to become slaves. Before the Europeans came, slavery was practiced in Africa, as a byproduct of war. The dominant or more powerful tribes would enslave the captured prisoners, sell them back to their tribe for a price and/or use them for whatever purpose they deemed necessary. These tribes were instrumental in facilitating the rapid growth and progress of one of the most dehumanizing era in black history, for economic gain, as well as more power. Not only did they trade enslaved Africans from their wars, but they kidnapped Africans from other tribes or even their own tribes to barter/sell as well. When your own kind sells you out, that is oppression in its truest form.

Fast forward to the present. Fast forward to continued oppression…. fast forward to racism…to hate…to a total lack of unity. Some blacks have continued to separate themselves based on how light their skin color is,the country they come from (culture), where they live(suburb vs urban),and/or their socio-economic status. There is no appreciation for diversity, in a country that is most diverse.

On the other hand, it seems that white people have made it simple; no matter where you are from, what your socio-economic status is, you are still considered WHITE. In this country, white equals privilege, power and justice. Full stop.

Blacks in this country have been fighting amongst themselves for too long, because of misconceptions, distrust and the continued acceptance of categories which were forced upon them through manipulative tactics, during the plantation era. There has been a systematic and strategic plan put in place to separate blacks based on the complexion of their skin, which up to this day has created continued disparity amongst blacks. This was because more privilege/opportunity was afforded to the lighter complexioned blacks, which led to more financial stability/prosperity. This particularly rings true in many Caribbean countries.

Some of these more privileged individuals started to look down on their fellow darker skinned brothers and sisters,not realizing that they were fulfilling the objective of a system that was put in place to cause division among blacks. These manipulative tactics are still in play today and some blacks still feed into them. Bob Marley said it well, when he stated that we need to “Emancipate ourselves from mental slavery. None but ourselves can free our minds…”

Our black men,women and children are being killed, due to oppression. However, who has the authority or power to make a change and/or seek justice? We do! Obtaining justice lies within ourselves and our actions.We are the change and we MUST unite against oppression.We must take back what was taken from us and change our mindset. We must educate and empower ourselves as adults. We must continue to set up more organizations that teach our youths to be more productive citizens in their community, through the creation of workshops, seminars, job and life skill training. We must become a force to be reckoned with. We must show the importance of a good education, as our forefathers died for this right. Only then will we start to make significant progress.

We need to stop destroying our neighborhoods with drugs, robbing/stealing and gang violence. Our boys will become men, fathers, husbands one day.Our girls will become women, mothers, wives one day. They are the next generation. We need to educate and empower them, so they can also perpetuate a change in this corrupt system.

In closing, I want to add a part of a letter that was written by Fredrick Douglas to Harriet Beecher Stowe in 1853:

“I assert then that poverty, ignorance, and degradation are the combined evils; or in other words, these constitute the social disease of the free colored people of the United States. To deliver them from this triple malady, is to improve and elevate them, by which I mean simply to put them on an equal footing with their white fellow countrymen in the sacred right to Life, Liberty, and the pursuit of happiness.”

An educated black man is considered a threat to the continuance of this system. This is why education has ALWAYS been the key to empowerment and enlightenment.